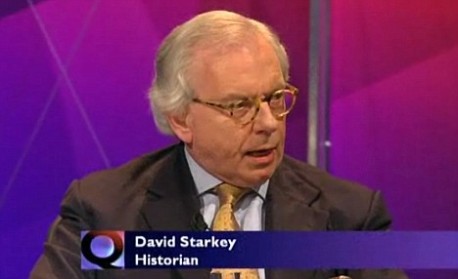 History is the most deeply dishonourable profession there is, at least outside the Square Mile.

The basic premise is that people die, and then you denounce them. It’s a bit like being a reverse version of Kim Jong-Un, but with worse hair.

For the uninitiated, though, it’s also a minefield of complexity. So here, for your immense benefit, I’ve cast my jaundiced eye over the intellectual world I call home, hoping to help you tell your RHS from your EEBO.

(Note to my employers. This is satire. Many of our History students have obviously had happy experiences of their studies and have since gone on to fulfilling lives as management consultants.

If I’ve been rude about your kind of history and you’re upset about it, get over yourself. If I’ve not, then you’re clearly just not interesting enough. Sorry.)

Historian – professional inspector of finished works, who makes a living criticizing the actions of people who are too dead to answer back.

University Historian – person who is paid to tell bored youngsters about their hobby, and yet still manages to complain about how hard their life is.

Tweed – sadly now way too trendy for most historians.

Social History – history written by white, middle-class intellectuals in order that they can pretend to be ‘working class’.

Cultural History – history written by people who can’t be arsed to visit archives.

Global History – the history of the wealthy and powerful, but written by scholars claiming to be left-wing.

Black History Month – cynical plot by left- and right-wing journalists to allow them to churn out the same opinion-pieces every year.

Telly Don – Former university historian biologically incapable of using the past tense when describing events that happened in the past.

The Research Excellence Framework – stupid government policy aimed at ensuring academics produce some research in return for the money they receive from said government.

US History – major branch of the entertainment industry in which heroic American males save the world from Brits and Asians.

Mel Gibson view of History – major branch of the entertainment industry in which heroic American males save the world from Brits, Asians, and Jews.

British History – we are terribly sorry for any inconvenience this may have caused.

Economic History – the dismal science, but without the science.

Family History – the quest to find ancestors who were once in a workhouse so that you can cry about it.

Military History – history undertaken by armchair-dwelling retirees who smell of tobacco and would be better diverted playing Sid Meier’s Civilization.

Monograph – scholarly work requiring an average of one month’s work per eventual reader.

Bestseller – book that appears in at least one Waterstones for at least a month before being remaindered.

Academic conference – elaborate mating ritual for historians, in which one attempts to attract the opposite sex by criticizing their scholarship in front of colleagues and peers, and then hitting on them while they pretend not to hate you.

Faculty Administrator – intelligent graduate paid tiny salary whose job is to manage a herd of egos who only notice them the one time in a thousand they get something slightly wrong.

Lessons from the Past – accurate description of university teaching methods.

History Repeats Itself – a statement that only seems to make sense to medieval historians asked by broadcasters to comment on current events.

History is The Biography of Great Men – comment ascribed to historian with very poor understanding of human reproduction.

Marxist Historians – historians whose beards are longer than their bibliographies.

History Degree –Three years spent pretending to listen to people who claim to know what they’re talking about, followed by several three-hour sessions spent shut in a room trying to write down what you think you remember and pretending to know what it means. This is then assessed by someone who pretends to understand your handwriting and then assigns a mark based on how they think they are feeling at the time. Following this you go back to live with your parents.

Research Degree – Four years spent pushing the utmost boundaries of your field, involving immense inputs of research, thinking, writing, and raw emotion. This is then skim-read in a day by someone who vaguely understands your subject, and who then spends two hours humiliating you, before sending you off to correct your punctuation. You then go on the dole.